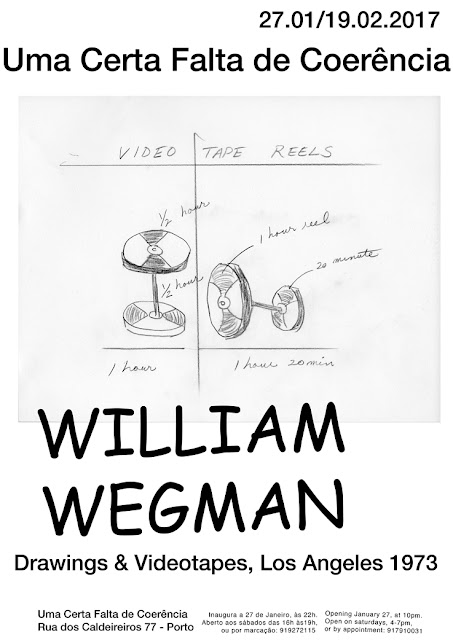 "WILLIAM WEGMAN: drawings & videotapes - Los Angeles 1973", a collaboration between A Certain Lack of Coherence and Pedro de Llano, will be opening tomorrow, January 27th, in Porto (until Feb. 18th).

This project is the reconstruction of a 1973's solo show by William Wegman, which was also the first at the Claire Copley gallery (originally Françoise Lambert and Claire Copley Gallery, Los Angeles), where it was later shown the work of other artists, such as Bas Jan Ader, Michael Asher, Alen Ruppersberg, David Lamelas, William Leavitt or Sol Lewitt.

Wegman's exhibition consisted of a group of 51 drawings on paper and a set of early videos. All these works will be present at the exhibition at A Certain Lack of Coherence. Gathered now for the first time, since 1973, they are a particularly original contribution to West Coast Conceptual art resulting from two almost opposing mediums: the simplicity of drawing and the technical innovation of video.

We would like to acknowledge William Wegman, who had the generosity of accepting our proposal and enabling the show to happen again, revisiting the early period of his career, Christine Burgin and the Wegman studio team, who helped and encouraged us throughout the process, and of course, Claire Copley, for having conceived a program (between 1973 and 1977), that supported inspiring artists that still excite and make us smile. 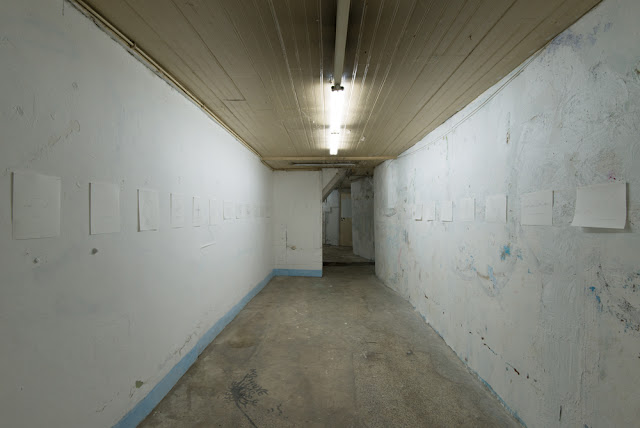 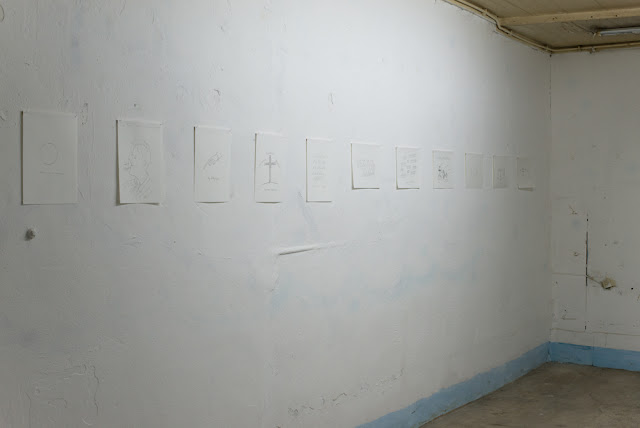 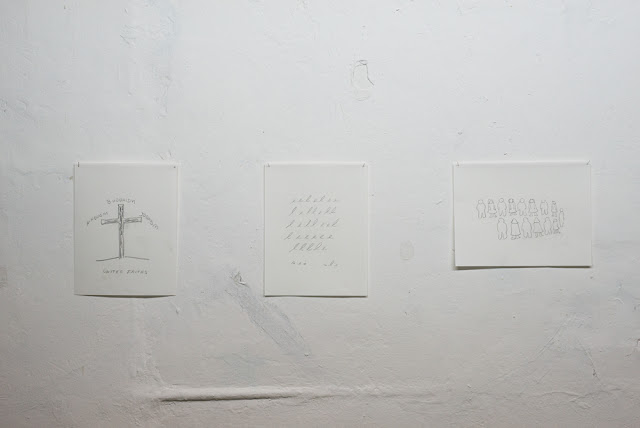 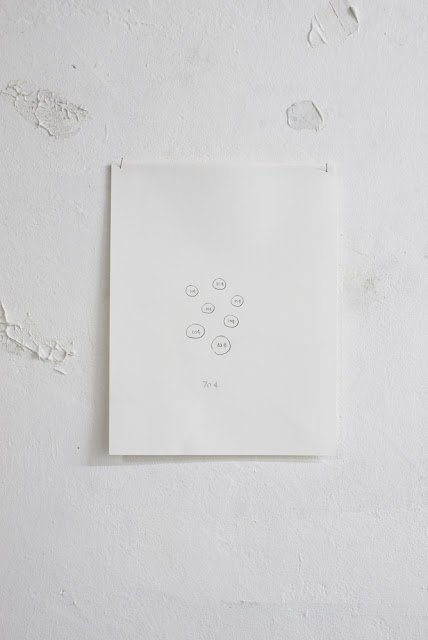 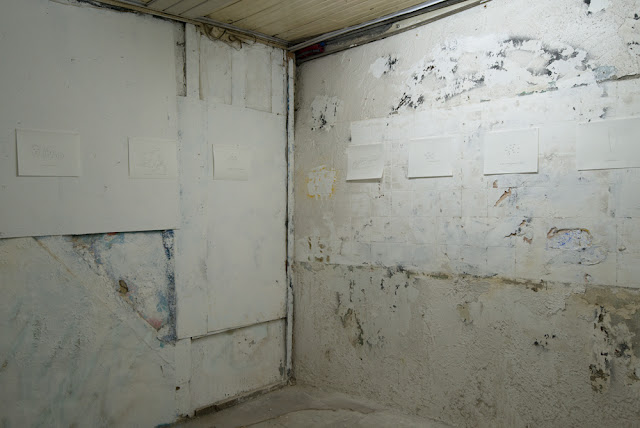 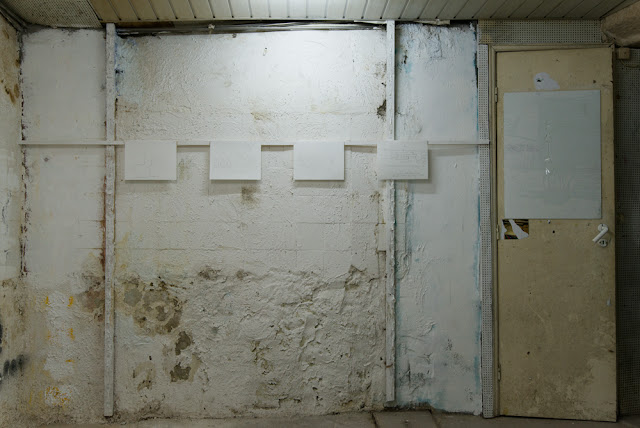 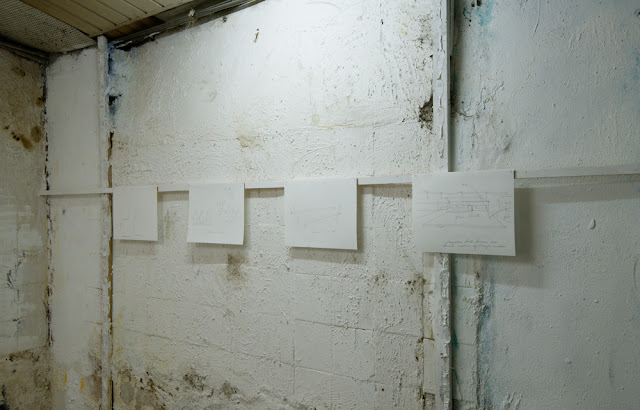 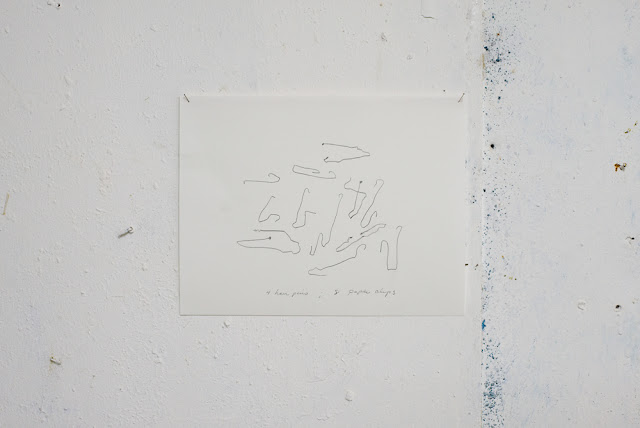 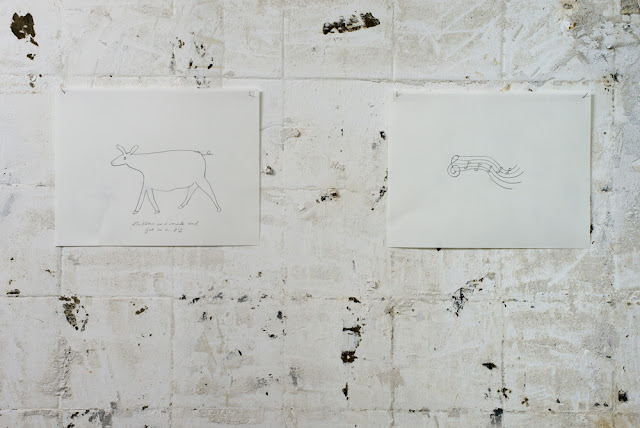 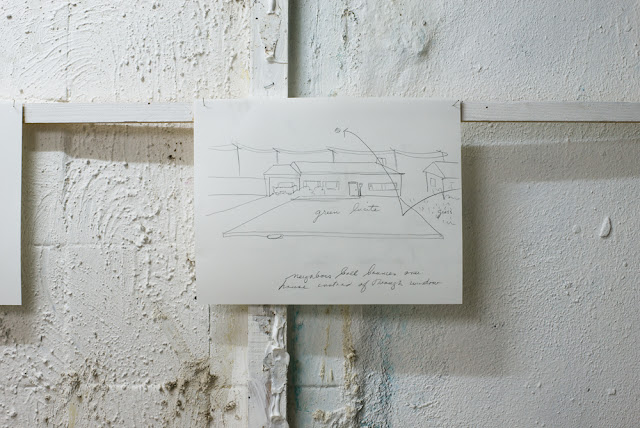 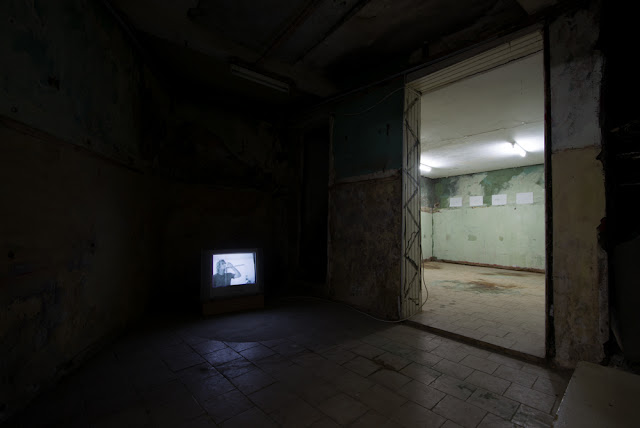 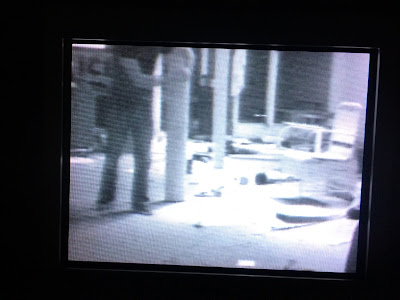 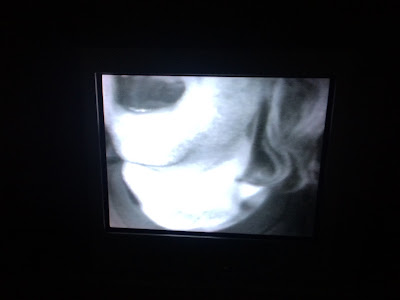 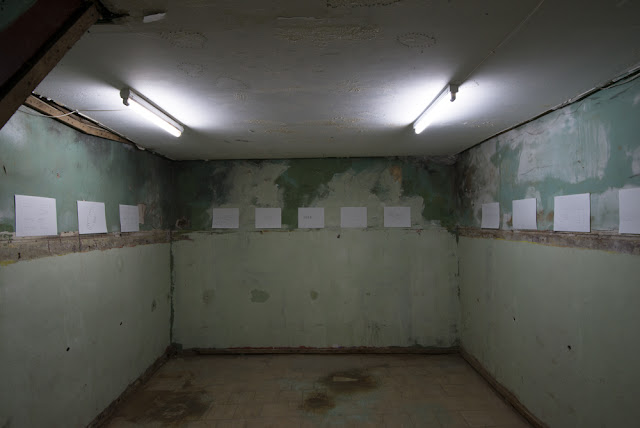 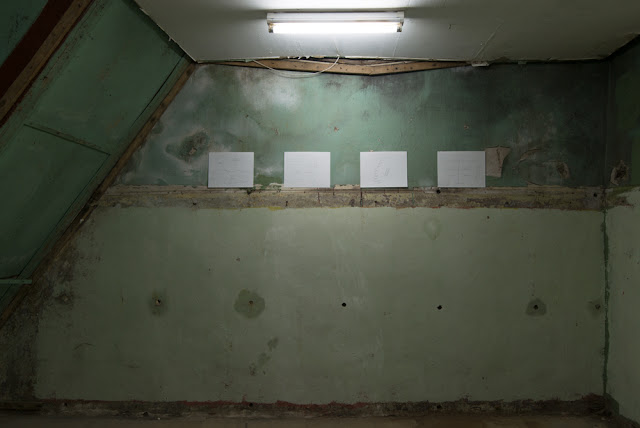 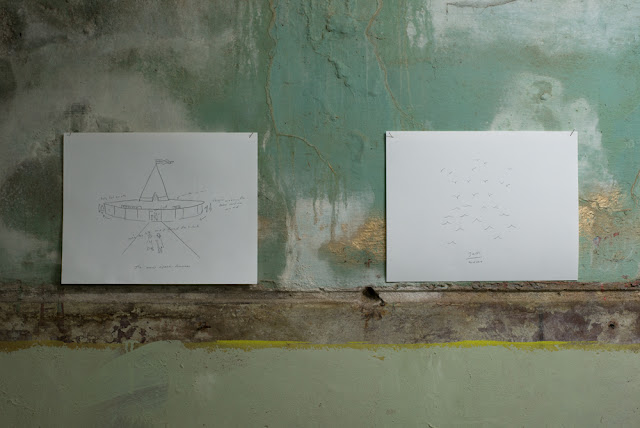 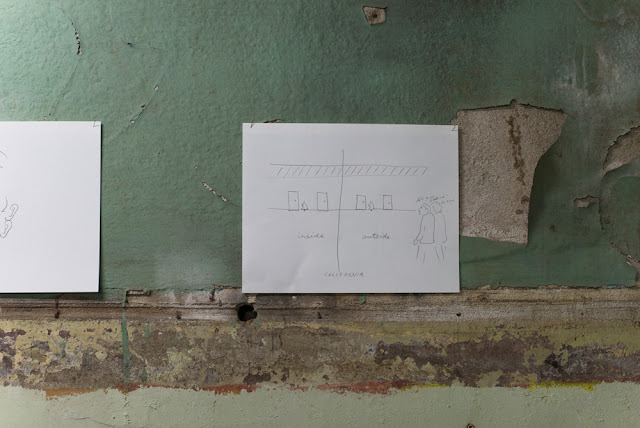 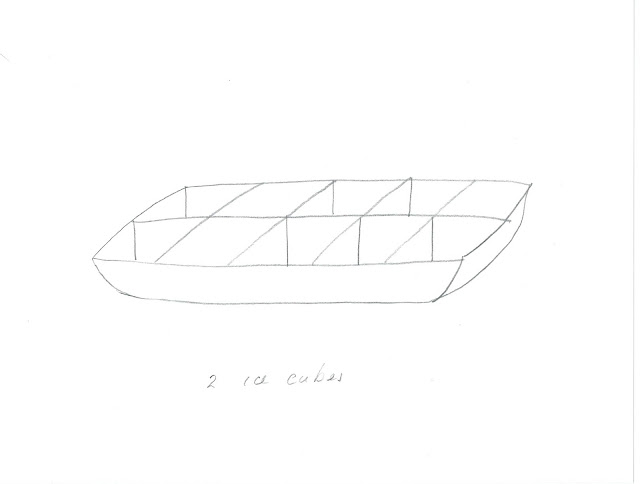 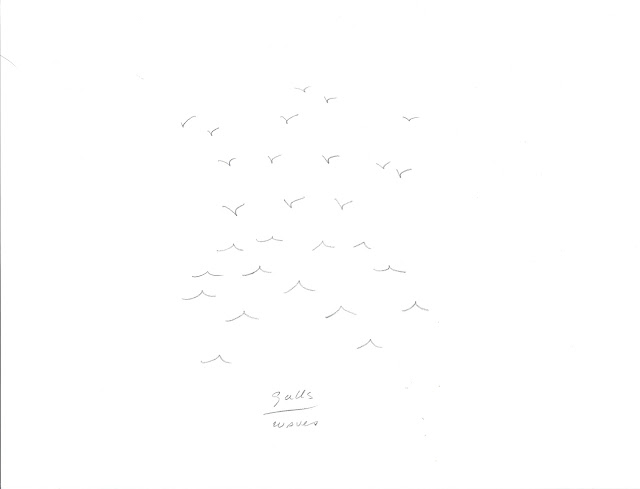 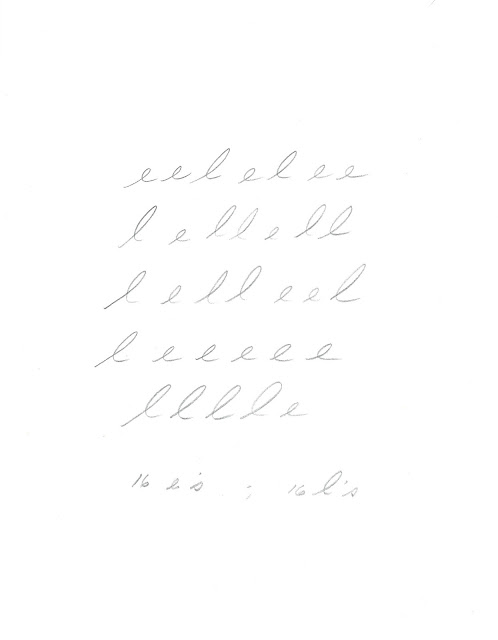 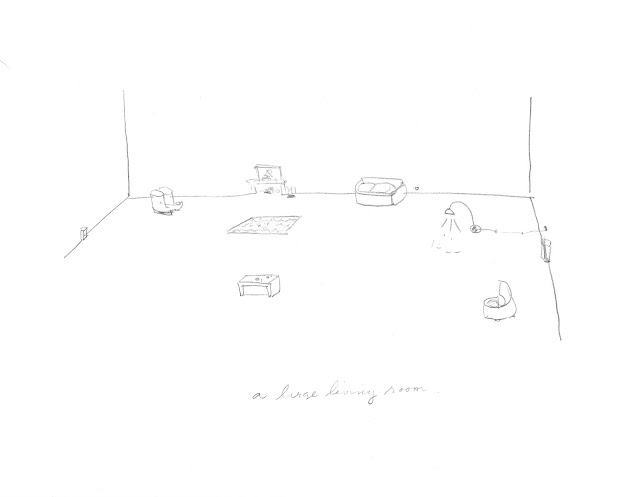 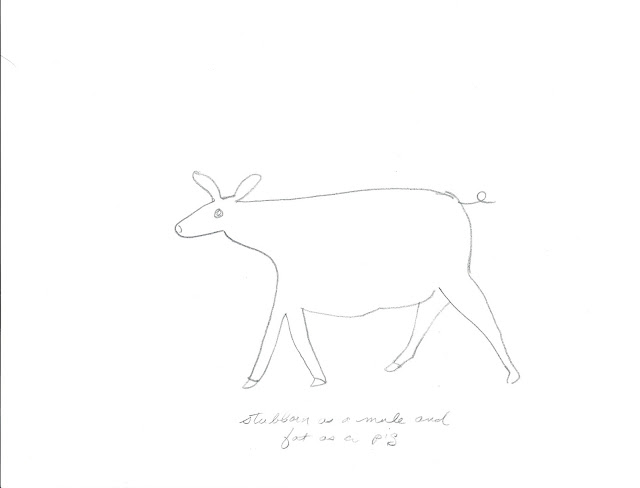 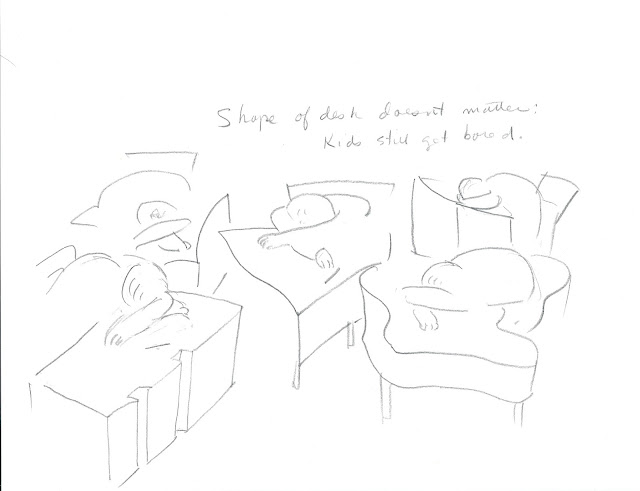 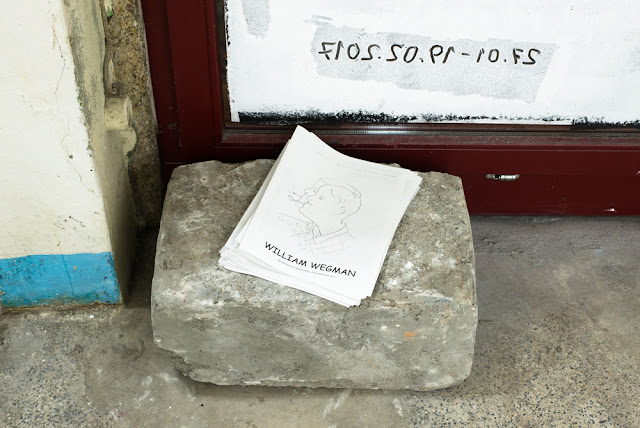 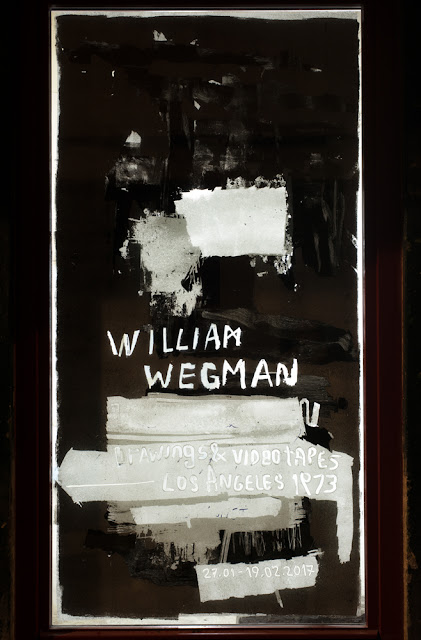 EXCERPTS FROM A CONVERSATION WITH WILLIAM WEGMAN

The paragraphs reproduced below are quotes from an interview with William Wegman by Pedro de Llano which took place in New York City in March 2016.  They address the context and contents of his solo show at the Claire Copley Gallery and belong to an ongoing research focused on the Claire Copley Gallery which opened in October 1973 with Wegman´s exhibition Drawings & Videotapes. This first exhibition will be reconstructed in its entirety at Uma Certa Falta de Coerência, in Porto, Portugal, between January 27th and February 18th, 2017.

The Claire Copley Gallery in Los Angeles was a space that inspired some of the most innovative and advanced projects of Conceptual art. In a brief period of only four years – from 1973 to 1977 – Copley installed exhibitions with Michael Asher, Bas Jan Ader, Allen Ruppersberg, William Leavitt, William Wegman and others, all of whom were to become key artists in what came to be known as West Coast Conceptual art.  From the outset, Copley’s purpose was to show the work of local artists that didn´t get the attention she considered they deserved and to create a dialogue between North America and Europe.

The opening exhibition with William Wegman consisted of a selection of videotapes and drawings. The videos were the documentation of actions performed with a few studio props (a suitcase, a pot, a TV, a mixer…) in a domestic environment: the artist´s home and studios in San Pedro, first, and Santa Monica, later. They were the three first “reels” of a series of seven, shot between 1970 and 1977, which came to be appreciated as a pioneering body of work in the developing medium of video art. Some of them show Man Ray – the beautiful Weimaraner who starred in many of Wegman’s early works[1].  Wegman describes these videos as “lighthearted and direct regarding props and lighting: they have a presentation, a climax, and a conclusion.” Drawings, however, were and are for Wegman “a reaction to the constrictions of photography and video”[2]. Deceptively simple and schematic, Wegman’s drawings are often dark but almost always humorous, absurd haikus of everyday life.  Simply pinned to the wall, they blur the boundaries between drawing and writing, feeling and thinking[3].

Wegman’s videos, which took as their inspiration everything from the slapstick tradition of Charlie Chaplin, Buster Keaton and Harold Lloyd to popular TV and radio shows of the 1950s and 60s, such as the Bob and Ray Show, were part of a current of so-called “visual puns” that was especially successful in Los Angeles at that time: Baldessari teaching the alphabet to a plant, Ruppersberg lecturing on Houdini while trapped in a straitjacket, or Ader falling from the roof of a bungalow. The spontaneity, simplicity and sense of humor of Wegman’s early work was the perfect introduction to the Copley Gallery program and a crucial contribution to the developing vocabulary of West Coast Conceptual art.

“I met Claire through Bill Leavitt and Al Ruppersberg. I think my work became known after I was included in the 24 LA Artists show [at the Los Angeles County Museum], and the other show of LA artists, at the Hayward Gallery in London.  I was also in When Attitudes Become Form and documenta, so people knew about me.”

“I remember Claire told me stories of walking along the beach with Man Ray, and how he would do little things for her.  She had this amazing background! I really liked the show with Claire, but it was like one of those trees that falls in the woods and no one hears it. I was also in When Attitudes Become Form, but no one noticed my work there either. I showed some drawings and pieces with fiberglass screen”.

“The video reels [at the Copley show] would have probably been reels 1, 2, and 3, all the video work I did up until that moment. In 1970 I lived in San Pedro, and taught at Cal State in Long Beach. The next year I lived in Santa Monica. The little duplex that I had in San Pedro was very handy, I got a lot out of it. It took me a while to get to know how to work again when I move to Santa Monica which was a more traditional art studio space but once I did the work really changed. I also had a hard time when I moved to New York in 1975 because I didn´t have a skylight so I had to learn about lighting. The photographs that I took in New York from 1975 to 1978 were pretty depressing.  Then, in 1979 I started to work with the 20 x 24 Polaroid camera and everything changed again.”

“In the Copley show there were fifty drawings that I pinned to the wall. Later I sent the same drawings to Illeana Sonnabend and she was very annoyed, furious, because she “couldn’t” sell a piece of paper [laughs].”

“The drawings were complimentary to the photos and videos. Making a drawing seemed the most basic thing you can do: pencil on paper. They were not sketches, they were pieces in themselves. Elegant, minimal. The drawings fit in an AGFA box, and I would travel with them everywhere. It was perfect. I wanted to reach an audience, but I didn’t have any connections to museums. I liked that drawings  could be easily reproduced.  Whether it was a reproduction or the original you would still get it.  I think I came up with this idea when I was living in the Midwest, working, and I wanted people to see my work through publications or video that could be broadcast…. So it was about building an audience without a museum.”

“There was also humour in these works. I think that’s what separates NY and LA artists. Cummings and I enjoyed some kind of a gallows humour, because wherever we went we were disliked. We were majoring in painting but not painting - so teachers hated us. We were desperate but bonded together over being outcast. In LA it was different though; we found support for our work. It was a long time ago, but it was a very important period in my life.”

“I liked Allen Ruppersberg’s work and it was actually one of the reasons I decided to move to LA.  Everyone knew Al. I also enjoyed Bill Leavitt. He was quiet, but vibrating. Bas Jan Ader was very charismatic. I knew Baldessari too and he ended taking my studio in Santa Monica when I moved to NY. Another important reason for me to move to LA was Nauman. I really liked his work when I was teaching in Wisconsin in the late 1960s. His videos. I used to play basketball with him and a bunch of artists in Santa Monica. There was also Nam Jun Paik also, who liked my videos.  This made me happy.”

“I should also mention Ruscha. He was the only person that bought my work. He bought fifty of my photographs in 1972. I lived off that for a year. He bought them for $50 each. It was pretty cool. He still has the biggest collection of my early photographs. He bought everything that I had. We put them on top of a ping-pong table, I would show them to him, and he´d say: “I’ll take it, I’ll take it…” Up until $5.000. I lived off that for a year, plus food stamps. Because Claire couldn´t sell anything. And then I moved to NY and began to show with Sonnabend and Konrad Fisher.”

“There were interesting places to show in California in the 1970s, like Pomona College of Art. I met Helene [Winer], who was the director of the museum there, through Willoughby Sharp, the publisher of Avalanche. I had a two-person show at Pomona with Jack Goldstein. In 1970 or 1971, very early. It was reviewed in the LA Times, and the title of the review was: “LA Artists Make Tandem Debut.”  The writer confused my work with Jack’s, so Jack was doing video works with dogs, and I did this big sculptures with beams [laughs].”

“I also showed with Riko Mizuno. I did shows with a lot of different people, and nothing would ever happen, so I would make another show.  I showed with James Corcoran, a couple of times. With Rosamund Felsen, a bit later.”

“LA artists are defined geographically. There are the Calarts people, the Pasadena people, the “beach” people…  I kind of flirted with all of those groups. If you are from LA I think you are more protective of your territory than if you are an outsider, as I was.”

“My first trip to Europe might have been for my show at Konrad Fisher, in 1971. Sol LeWitt was a big supporter of my work and he saw the piece that I did at the LA County in 1970 and wrote to Konrad Fisher about it.  But I remember also that Willoughby Sharp set up some earlier shows.  I did a performance at Ulrich Rückriem’s studio in Moenchengladbach, and Willoughby was involved. It was with Terry Fox, Howard Fried, and these San Francisco types. I remember also Al Ruppersberg’s first trip to Europe, and how he was amazed by the statues and how old they were.…”